Praise for RNLI and Coastguard 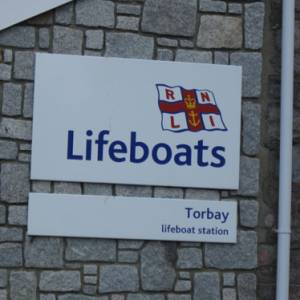 An elderly lone and amateur sailor was rescued by Torbay Lifeboat after his Nicholson 35 yacht suffered engine failure off the south Devon coast and he was drifting at about half a knot and stuck in a shipping lane. He set off from Dover for Scotland when he lost power off Portland last Wednesday afternoon. The vessel was taken in tow by the Brixham-based rescue vessel and returned to the port. The sailor praised the coastguards and when he learned that the station was under threat from closure he expressed his opinion that the “brilliant” service should not close.

The coastguards said that the sailor was not quite sure where he was so was told to activate his emergency position indication beacon which showed him to be 18 miles east of Berry Head, Brixham. The vessel had been purchased only a couple of weeks before the voyage and no current details of the new owner were held on the coastguard databases. Brixham Watch Manager, Mark Satchell, stated that it is important to keep vessel ownership records updated and to contact coastguard stations to pass passage information details to assist in locating vessels should an incident occur. The lone sailor had been invited to the coastguard station’s operations room after getting a good night’s sleep so staff could help him with a passage plan and set up a communications schedule to assist in his voyage to Scotland. With the drama behind him, the lone mariner aimed to continue his passage to his home in Scotland.

Brixham RLNI station is one of the busier lifeboat stations in the country and can expect around 100 launches per year. Brixham is a busy fishing port, with a large marina, leisure and yacht clubs, water skiing, paragliding, diving, cliff climbing, walks and falls, in its operational area.

Boatshed Brixham and Boatshed Torquay are proud to be associated with Boatshed’s RNLI Ambassador Scheme which offers one year’s free membership of the RNLI to our many boat buyers and we continue to help the RNLI promote safe boating.